Can a Machine be Conscious? 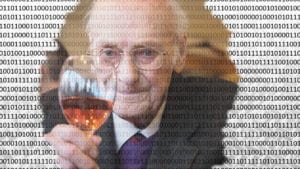 Science fiction fans will be familiar with human-like robots and androids. We’ve spent time in the company of C3P0 from Star Wars, Commander Data from Star Trek, the eponymous Terminator, and many more. These artificial beings, whether benevolent or malign, all share a common feature. They have – or at least appear to have – an inner life, much as we genuine humans do. Of course, it may not be quite the like human sentience. Commander Data, for example, lacks human emotion. (At least he did for much of the time. His so-called “emotion chip” was a deeply unsatisfactory plot development.) Nevertheless, we assume that each of these creations enjoys perceptions of inner, conscious experience. That’s certainly how they are portrayed.

This, however, raises the question of whether such artificial consciousness is possible. Could we create a machine with an inner mental life of feeling and experience like ours? It would be wrong to say that this could never be achieved. However, I’d argue that we’re just as far away as we were when Alan Turing built his World War 2 computing machine. It’s for this same reason, that I also hold that the idea of downloading human experience into a machine – maybe so that we can live on after our deaths – is currently nothing but a fairy tale. Why am I so sure of the near impossibility of the task? To answer that, we need to think for a moment about why computers are so adaptable.

The computers we use today rarely look like the behemoths of science fiction, or even the devices we had on our desks in the 1980s and 1990s. Today, we mostly hold our computing devices in the palms of our hands. We use them to send messages, take photographs, listen to music, watch videos, and so much more. All these multiple and diverse activities are possible because we can represent text, images, music, and video using the computer’s native language: binary.

Binary consists of sequences of zeros and ones, something like this: “01010111”. The key point is that such sequences – which are often millions or billions of digits long – can be used to represent many different kinds of information. One particular sequence, for example “00110111”, might represent the digit “7”. In the same way another sequence, for example “01000001”, might represent the letter “A”.

This assignment of binary codes to digits and letters is completely arbitrary. In another computer system the digit “7” could be represented as “01011100”. In practice, computers use a standardised system to that they can communicate with one another.

The computer doesn’t know anything about digits or letters. What it does “know” is that when a text message includes the binary sequence for the letter “A” then it needs to display a certain pattern of dots on its screen – a pattern which we humans interpret as the capitalised first letter or our Western alphabet. At the risk of labouring the point, the computer is unaware that it is doing anything with writing, merely that such-and-such a sequence of zeros and ones results in displaying that particular pattern on the screen.

In exactly the same way, albeit with slightly more complexity, other patterns of zeros and ones cause the computer to display particular colours on the screen. Millions of such patterns, all yielding their own shade and hue, build up to create a picture of, for example, a cute kitten. Again, the computer doesn’t know what it’s displaying. It merely follows its programming which tells it that this binary pattern results in that appearing on the screen. And we see that and go: “ahh!” Following an equivalent process, the computer can create sequences of images displayed one after another at high speed which we interpret as moving images, while other sequences result in sounds that we understand as speech or music.

So, what about conscious experience? Here we run into two distinct problems. The first is that while we understand how to turn music into binary code, we have absolutely no idea how to represent inner conscious experience in binary form. Imagine the following scenario.

It’s a week before Christmas and you’ve just heard the news that your Uncle Fred won’t be able to join you this year. Your first reaction is: “Oh, what a shame!” Then you remember what a nuisance it is having Uncle Fred to stay, so you feel secretly relieved. But the relief is short-lived because now you feel slightly guilty about being pleased that he won’t be with you. So, you start to consider ways in which he could join you. Maybe Cousin Wendy could collect him. But would she have room in her car, now that the twins are getting older?

All this goes through your head in a matter of moments. But how could a computer represent such nuanced and complex thoughts and feelings in a string of zeros and ones? If you imagine that’s an easy task, try asking yourself: How would the sequence of zeros and ones would be different if instead of it being your uncle, he was the uncle of your spouse or partner? How would you modify the binary sequence again if you were taking into consideration the likelihood that Uncle Fred would bring half-a-dozen bottles of rather excellent wine?

Try as we might, we literally cannot conceive of how to expresses complex inner mental life in binary form. Furthermore, if we could devise a way of doing this, it would be as arbitrary as declaring that “7” is represented by “00110111” rather than by “01011100”. Either would work, provided that everyone agrees.

This leads on to the second problem. Who is to say that “10000001” (or more likely some incredibly long sequence) represents deep sorrow rather than might annoyance? If we could encode conscious experience in binary form, who or what would be interpreting these long sequences as experience? A computer cannot understand the “seven-ness” of the string “00110111”, so how could it understand the mild guilt over Uncle Fred’s absence that is indicated by some other binary sequence? On the basis that the computer turns binary code into sounds that we enjoy as music, all we would have done is devise a machine that indicates “feelings” – maybe using some kind of display system – that we construe as inner experience. We would look at our computer’s output and say: “Ah! The computer is displaying relief.” But the machine itself would not feel that relief any more than it feels the “seven-ness” of “00110111”.

As I said at the beginning, it would be wrong to say that artificial consciousness can never be achieved. However, to do so would mean devising ways of solving these two issues. And sadly, for the sci fi fan, at the moment both look to be utterly beyond human capability.