It was during Morning Prayer at St Albans Cathedral that the idea of voluntary “demotion” came to me. I like to think of it as a calling from God. So, it’s no surprise then, that it’s been a peculiar kind of blessing through which I’ve gained a lot.

First, it’s been interesting seeing other people’s reactions to my change in role. A few have been incredibly positive and encouraging, and have said how they can see God at work in this move. Most, though, have been very concerned for my wellbeing. “Are you OK?” “How do you feel?” “This must be very hard for you.” Personally, it’s been wonderfully uplifting to have had this kind of support. But at the same time, it makes me wonder what lies behind these comments. Perhaps there’s a sense of: “Thank God, that’s not me.” Maybe there’s a deep-seated fear of losing one’s status. Really following Jesus’ teaching and choosing the lowest seat at the table (Luke 14.10) is a lot harder that it seems. I’ve certainly not managed it. After all, I still get to keep the titles “Director” and “Canon”.

Second, I’ve witnessed how entrenched hierarchy actually is in the Church. Before I left the role of Director of Ministry, I’d expressed my willingness to continue serving on various diocesan working groups. However, the reality is that I’ve found myself no longer wanted in certain quarters. It seems that I’d been valued for my role, and not for who I am or my experience. This is the only thing that saddens me about my new position.

Most encouragingly though, my change of role has reconnected me with a sense of priestly vocation. I now send out a reading list to potential ordination candidates. Looking through the list, it struck me that many have been published since I was exploring ministry myself. In order not to be out-of-touch, I decided that I ought to read some of them. Well, it was a revelation. In some ways I was encouraged that I was fulfilling a priestly calling, but in other ways I was challenged. I realised how easy it is to drift away from the ideals of priesthood – especially in a diocesan role! So, I’ve been learning to live a revitalised priestly life. 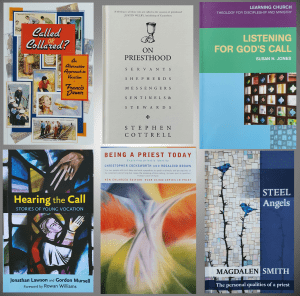 There’s much more that I’ve gained too, but that will have to wait for some other time.